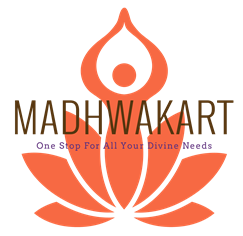 One stop for all your divine needs

Upanisads are the foundation of Vedanta Philosophy. Sri Sankaracharya and Sri Madhvacharya have written Bhasyas on ten Principal Upanisads. Sri Ramanujacharya has given a gist of Upanisads in his Vedartha Sangraha. Later, Sri Ranga Ramanuja has written a commentary on Upanisads giving Visistadvaita interpretation. Several commentaries are written on the Bhasya by later scholars. All these are available in Sanskrit.

In the recent past, Upanisads have been translated into English, German, French and other European languages by modern lndologists. In India also there are a few English translations. Among these Dr. Radhakrishnans translation is the most prominent and popular. Sri Ramakrishna Matha has also brought out English translation of Principal Upanisads.

All these broadly follow Sri Sankaracharyas Bhasya. However, a student of Vedanta should also know the other interpretations to have a wider knowledge of Upanisadic thought and Vedanta Philosophy. The Dvaita Vedanta Study and Research Foundation is bringing out two volumes containing ten Principal Upanisads with the translation in English according to Sri Madhvacharyas bhasya. Prof. K.T. Pandurangi has translated these Upanisads closely following Sri Madhvacharyas Bhasya and the commentaries of Sri Raghavendra Tirtha and other prominent commentators. He has also added detailed notes quoting the extracts from Bhasya and commentaries explaining the philosophical and theological doctrines of Upanisads. Sri Madhvacharyas interpretation is theistic interpretation. He explains the Philosophy of Upanisads along with its theological application. This is brought out in the Notes. Prof. Pandurangi has also added a detailed summary of the contents of each Upanisad under the head The Essentials of Upanisads . This is separately given at the commenc

The first volume of Principal Upanisads published by The Dvaita Vedanta Study and Research Foundation covers eight Upanisads. This second volume contains Chandogya and Brihadaranya. Among the ten Upanisads these two are the largest and the most important. The famous passage Tat tvam asi occurs in Chandogya and the passage Aham Brahma asmi occurs in Brihadaranya. The entire Upanisadic Philosophy centres round these two passages.

Modern readers of Upanisads are familiar with Sri Shankaras interpretation of these passages. However, Sri Madhvacharya differs from him and explains that these do not support the concept of Nirguna Brahman and Advaita but describe Gunapurna Brahman. Keeping this central point in mind the crucial passages of these two Upanisads are explained in Sri Madhvacharyas Bhasya.

Prof. K.T. Pandurangi has translated the two Upanisads included in this volume according to Sri Madhvacharyas Bhasya and Sri Raghavendratirthas Khandartha. He has added detailed notes giving the Sanskrit extracts to support the points brought out by him. The Philosophical and the theological doctrines enshrined in these Upanisads are clearly, stated. At the commencement of this volume the essay Essentials of Upanisads is added. This gives a comprehensive picture of the Upanisadic doctrine. We thank Prof. Pandurangi for preparing the translation. It is hoped that this volume will be useful for the Research scholars and the students of Vedanta Philosophy. We thank Raghavendra Enterprises for neatly printing the book within a short time.

I am happy to present the second volume of Principal Upanisads. This contains two major Upanisads viz. Chandogya and Brihadaranya.

In this volume also the method followed in the first volume is followed. First a simple tr

There are no reviews yet.